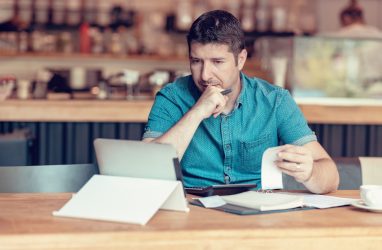 According to research from accounting software platform Xero, a quarter of small business owners believe their company will go bust within the next five years.

Four in 10 owners of small to medium-sized enterprises (SMEs) claim to be going through the most turbulent period they have ever experienced as a business owner.

The study looked at the biggest challenges facing SME owners. More than half (54 per cent) said late payments are their biggest problem, followed by the ongoing uncertainty over Brexit and the current tax rates system, which both troubled 44 per cent of business owners.

Maintaining or increasing productivity was troubling 31 per cent of business owners, while 30 per cent of SME’s are experiencing problems with the growing cost of importing goods and materials.

The study also found that around a quarter of businesses were facing issues with cyber-attacks (27 per cent), the rising cost of rent (25 per cent) and retaining staff (24 per cent).

The mental health of business owners was also found to have been impacted, with more than a third of respondents revealing the pressures of running a modern small business has had a negative impact mentally.

A similar negative impact has been had on their wallets, with on average £11,846 of their own money needing to be pumped into keeping their business afloat.

Gary Turner, Managing Director and Co-Founder of Xero, said: “The ways small businesses work now are dramatically different from the 1980s when the first personal computers arrived. But business needs to adapt to greater changes coming their way.

“New technologies will hasten a far greater consciousness towards the biggest killer of small businesses. Cash flow problems will decline as instant payment technologies take root as a cultural norm. I believe what we’ll see is 30-day payment terms following the path of the fax machine.”