Bringing tax into the 21st century 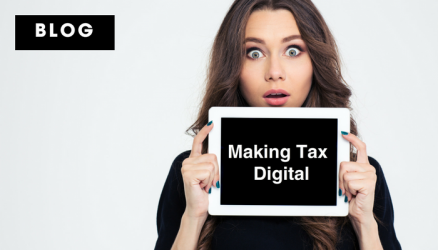 In a world where everything is done online such as banking, paying bills and shopping, it makes sense for HM Revenue and Customs (HMRC) to bring tax affairs fully into the 21st century.

Making Tax Digital (MTD) is part of the Government’s commitment to bring the tax system into the digital age that is right for modern businesses in Britain today.

Having an up to date easily manageable tax system means that business can focus on innovation, expansion and creating jobs and profits.

British businesses that have transformed their operations and services digitally have experienced many benefits. So why should their tax be any different? MTD is at the heart of HMRC’s plan to make Britain one of the most digitally advanced tax administrations in the world.

Tax needs to be integrated into the way people run their business, rather than something done separately, months later.

HMRC have created a system that addresses all modern business needs, such as not having to wait until the end of the year over the certainty of their tax bill.

MTD will create the integration businesses need today, with 24-hour access to their digital accounts, as well as a complete view of their tax liabilities and entitlements, allowing them to send HMRC information and payments simply.

Throughout the year whenever there is an update, individuals will be able to know what this means for their tax position and how much tax they owe. Ultimately, allowing them to look at the bigger picture and be able to make decisions about budgeting, investing and growing.

Unnecessary delays will be eliminated as the tax system will be operating closely to ‘real time’, keeping everyone up-to-date, removing the risk of missed deadlines, penalties and errors being carried forward from one year to another.

By 2020, most businesses will be keeping track of their tax affairs digitally, updating HMRC at least quarterly via their digital account.

Instead of filing a full tax return quarterly, updates will be generated from the digital records and in most cases little or no further information will be needed. This will mean businesses can keep on top of their affairs and get their tax right the first time.

The MTD for VAT pilot is now open and half a million can join up to use the new tools to submit their VAT returns digitally.