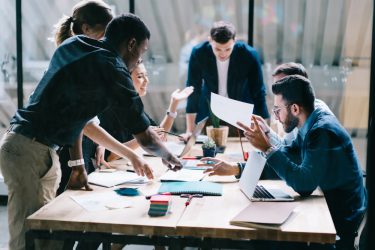 The rising legal minimum wage is forcing small businesses to cut back on investment and reduce headcount, a new study has revealed.

The finding forms part of brand new research published by the Federation of Small Businesses (FSB), a leading business association in the UK.

Its survey of more than 1,000 businesses reveals that a huge number of entrepreneurs are being forced to take additional measures to absorb the annual increase in the National Minimum Wage (NMW) and National Living Wage (NLW).

The legal minimum wage increased in April to £8.21 per hour for staff over the age of 25.

In direct response to the rise, 71 per cent of small business owners reports that they have taken reactive measures to maintain profits.

This includes increasing prices (45 per cent), delaying investment (29 per cent) and reducing hours worked by staff (23 per cent).

“With pay now outstripping inflation, it’s harder and harder for small business owners to put funds aside for the investment needed to close the UK’s productivity gap,” he said.

“Future increases to wage rates should be determined by an independent Low Pay Commission basing recommendations on economic realities, not inflexible targets.”

In total, the FSB suggests that the cumulative effects of policy changes have cost the average small business £60,000 since 2011.