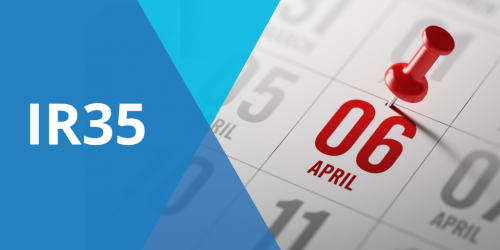 The new Chancellor, Rishi Sunak has offered reassurance to contractors that HM Revenue & Customs (HMRC) will ensure a soft landing is in place for the first year following the implementation of the IR35 rules.

This means that HMRC will not impose strict penalties on businesses that breach the rules during a period of adjustment.

Under the rules, which are set to come into effect from 6 April, if a contractor is deemed to carry out similar or the same work as a permanent staff member, their employer is required to deduct income tax and national insurance contributions as if they were an employee.

However, the legislation applies only to larger businesses. There’s an exemption for small businesses provided they meet two or more of the following criteria:

The off-payroll working rules have faced a backlash with over 300 contractors protesting IR35 outside parliament earlier this month.

Seeking to reassure both employers and contractors, Rishi Sunak said: “I’ve spent time with HMRC to ensure it is not going to be at all heavy-handed for the first year to give people time to adjust as well, which I think is an appropriate and fair thing to do.

“We are shortly to publish a review of how it should be implemented with some tweaks and improvements to ensure that the transition is as seamless as possible.

“What IR35 does is change the balance so instead of people making the assumptions about how they should be taxed, we put the onus on the company to make that assessment for them.

“Now that is going to be some change because for some people they were operating in a way where they were not paying the tax they probably should have been because essentially they were employees, but they were being taxed as if they were self-employed and there is quite a difference there.

“It is not fair to people that are employed that people doing the same job are paying less tax.”