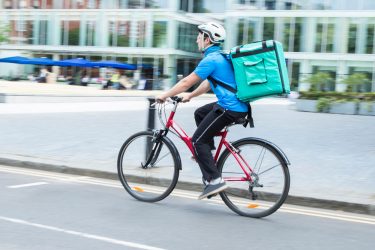 The European Union has announced an agreement on minimum rights for workers who are in casual or short term employment within the gig economy.

Members of the European Parliament (MEP) approved the improvements in rights for workers, which will be made clear on the first day of any job.

The vote which directly will affect firms like Uber and Deliveroo was carried by 466 votes to 145 and member states will now have three years to put the new laws into practice.

The UK will only be obliged to implement the law if it is still a member state of the EU three years after the new regulation enters into force. However, it has already introduced similar legislation at a national level.

Under the new EU, law employers will be required to inform all workers about essential aspects of their employment on their first day, these include:

These new rules will apply to all those who work at least three hours per week, averaged over a four week period. That is currently thought to be at least three million employees.

Trainees and apprentices in similar circumstances will also be affected by the changes.

Enrique Calvet Chambon, the MEP responsible for seeing the law through, said it was the first EU legislation setting minimum workers’ rights in 20 years.

He said: “All workers who have been in limbo will now be granted minimum rights thanks to this directive… from now on no employer will be able to abuse the flexibility in the labour market.”

EU Officials have also stated these rules will not apply to genuine self-employed workers who work for themselves.