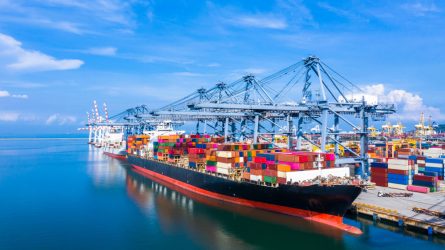 The Government has launched a consultation on plans to create up to ten freeports across the UK in a bid to encourage global trade and attract inward investment following Brexit.

The proposed freeports will use different customs rules to the remainder of the country and will act as national hubs for global trade and investment throughout the UK, which in turn will support regeneration, create jobs and provide a hotbed for innovation.

Under the plans, goods brought into freeports will not attract tariffs until they leave the freeport and enter the domestic market, while no duty is payable if they are re-exported.

Manufacturers located inside the free trade zones will not be required to have to fill out customs declarations or pay additional levies, saving time and boosting the local economy.

Freeports can be established under European legislation, but the UK has not taken advantage of the scheme since 2012.

Commenting on the plans, Chancellor Rishi Sunak, said: “Freeports will unleash the potential in our proud historic ports, boosting and regenerating communities across the UK as we level up. They will attract new businesses, spreading jobs, investment and opportunity to towns and cities up and down the country.

“This is all part of our mission as an open, outward-looking country, championing global free trade with vibrant Freeports that work for all of the UK.”

Secretary of State for International Trade, Liz Truss, added: “We are taking back control of our trade policy, and opening every corner of the UK to opportunities across the world.

“Freeports will unleash the potential of our historic ports, creating jobs and regenerating communities across the UK. These hubs will also deepen partnerships around the world as we restore our economic and political independence.”

The Government said freeports will also offer an “exciting opportunity” for “cutting-edge customs, transport and green technologies to be trialled in controlled environments, before being adopted more widely in relevant sectors of the economy”.

The consultation closes on 20 April.