Has the era of low interest rates and cheap borrowing ended? 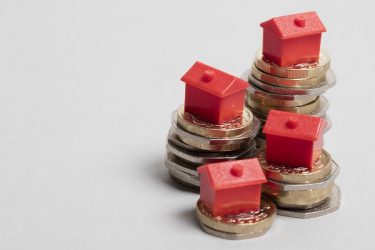 As you will no doubt have heard by now the Bank of England has raised its base rate for the first time in over 10 years from 0.25% to 0.5%. For many borrowers, this will be their first experience of any interest rate increase. Could this signal the beginning of the end of a decade long era of all time low interest rates and cheap borrowing?

The main focus grabbing the headlines is the impact on mortgage rates, with almost half of the 8 million or so households who have a mortgage being on a variable rate. On an average mortgage of £90,000 this would mean an additional £18.75 each month in interest. The good news for those who are already on fixed rate deals is that it will have no impact whatsoever until that deal expires.

However, mortgages are not the only form of borrowing and with an increase in unsecured consumer debt of almost 10% over the last 12 months there is concern that higher credit card or loan costs could have a greater impact, especially when added to increased mortgage payments and living costs due to the effects of inflation, which was running at 3% in September.

What to expect in the future

The financial markets are anticipating a further two interest rate rises over the next three years – taking the official base rate to 1%. Clearly, this is a significant increase from what we have become used to, but it will still leave interest rates at historically very low levels. Additionally, signals are that borrowing costs are likely to rise over the coming months, even without further rises in the Bank of England Base Rate, due to the winding down of the Term Funding Scheme in February.

When the changes will take effect

It is likely that this first base rate increase will be passed on to borrowers very rapidly, and in full, and within hours of the announcement of the base rate increase we have already seen lenders withdrawing products and changing their rates. Conversely, it is unlikely that savers will benefit to the same extent. Past experience has demonstrated that if the banks pass on these increases at all, savers do not tend be fully compensated and only receive part of the upturn.

The good news is that contrary to many headlines a 0.25% rise is still a very modest hike in rates and we are not returning to the 15% plus rates that were charged at times in the 70’s and 80’s.

However, if you are concerned about increases in your mortgage payments or unsecured debt then this might be a good time to review your existing mortgage product and/or see if the debt can be consolidated. We are happy to help you with this to make sure that you are on the best deal available.

Also, although there might be some small increase in the rates being offered on your savings accounts, the returns on these accounts are still at very low levels and are not even keeping pace with inflation. This means that when you come to spend your money in the future, it will buy you less than it would today. If you would like to look at ways of improving the potential returns on your savings then as independent financial advisers we are able to look at all the options available to you.