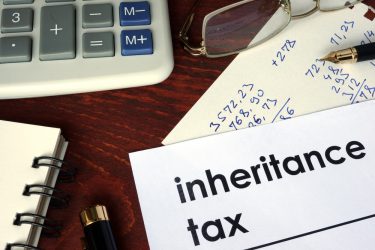 During the next two years increases in the residential nil rate band (RNRB) are expected to reduce IHT receipts.

This is because under the RNRB, married couples and people in civil partnerships will have an extra £350,000 of IHT-free allowance per couple, but this will not be fully phased in until the 2020/21 tax year.

The record number has added to calls for reforming the system. Chancellor of the Exchequer, Phillip Hammond ordered a review of Inheritance Tax last year, with the second section set to be released this spring.

In the first part of the review, the Office for Tax Simplification advised the Government to introduce a fully integrated digital system for IHT.

The House of Lords committee on intergenerational fairness and provision was heavily critical of IHT, saying it is ‘capricious and not currently fit for purpose’.

The committee was discussing how the tax and benefits system could be reformed, and one option that was proposed was to have a capital receipts tax where gifts and inheritances are taxed as income received by the inheritor.

Another suggestion was exempting some assets from IHT if they were given for the purchase of a first home by a family member.

Head of Public Affairs and Public Policy at AAT, Phil Hall said: “The House of Lords Intergenerational Fairness Committee has published a thoughtful, well evidenced and rather hard-hitting report that ties in very neatly with many of the recommendations AAT has been making in recent years, not least around reforms to stamp duty and IHT, and bringing pensioner benefits into line with the state pension age.”