Is your business compliant with the Making Tax Digital rules? 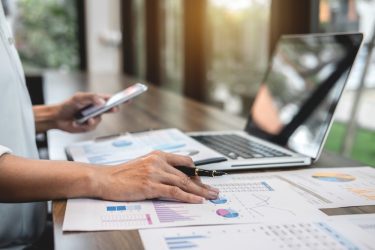 According to new research, thousands of UK businesses could find themselves under scrutiny from HM Revenue & Customs (HMRC) for failing to follow new rules on keeping digital records.

Under the new called Making Tax Digital (MTD) initiative, more than one million firms with an annual taxable income of more than £85,000 are now legally required to submit VAT returns online.

However, recent research has found that 11 per cent of those surveyed claimed that they were not aware of the new requirement.

In addition, there also seems to be confusion amongst small business owners about whether or not they are complying with the scheme, as the research found that 46 per cent of people, who thought they were compliant, were in fact not.

Meanwhile, a quarter of those who were compliant did not think they were set up correctly for the changes.

HMRC has said it will take a “soft landing” approach to penalties in the first year of implementation, however, this will only be with firms who can demonstrate they have done their best to comply.

MTD officially launched for businesses on 1 April and from October this year, various other groups including trusts, local authorities, not-for-profit organisations and public corporations will also be required to submit their tax figures digitally.

As a result, businesses need to keep records digitally from the start of their accounting period using MTD-compatible software.

Now that the first MTD for VAT deadline has passed, largely without problems, businesses that have yet to comply need to do so either in July or in August, which is when the biggest wave will file under the new digital platform for the first time.

For more information on MTD, or to see how our team can help you switch to compliant software, get in touch today.