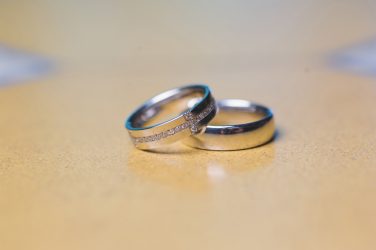 Couples were able to give notice for the first time from 2 December 2019, with the first civil partnerships registered on 31st December following the usual 28 day notice period.

The changes to the legislation follow a Supreme Court ruling which found that restricting civil partnerships to same-sex couples breached human rights.

The case was brought forward by Rebecca Steinfeld and Charles Keidan, who argued that they should not be denied the financial benefits despite not wanting to get married.

During the debate on the legislation, Baroness Susan Williams explained that the bill was being passed without the inclusion of conversion to/from marriage as this won’t be implemented until 2020 following the consultation.

It was also revealed that because a bill to create opposite-sex civil partnerships was currently passing through the Scottish parliament, civil partnerships formed in England and Wales will currently be treated as marriages in Scotland for legal and financial purposes.

Rebecca Steinfeld and Charles Keidan who took their fight for mixed-sex civil partnerships to the Supreme Court were amongst the first to exercise their rights. They entered into a civil partnership at Kensington and Chelsea Register Office on New Year’s Eve.

The Government has said it estimates around 84,000 mixed-sex couples could choose civil partnerships rather than marriage in 2020.

Both a civil partnership and a traditional marriage automatically revoke any pre-existing Wills.

Couples who already have a Will in place, perhaps because they have been living together for some time, tend to overlook making a new Will because they wrongly assume that the provisions they have already made will simply carry over.

If you do not make a new Will then, in the event of your death, the law of intestacy will decide how your assets are divided.