The Car Revolution (with tax benefits) 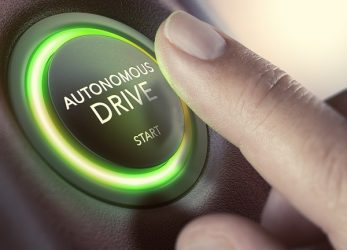 Sarah Beeny’s TV show, UK’s Best Place to Live, recently named Warrington the second best place to live in the UK. Whilst the merits of this accolade can be discussed at length there was one particular aspect that caught my attention. Accessibility to major cities and transport connections. Anyone caught up in our traffic jams during peak times might have raised an eyebrow to any suggestion our road network is amongst the best in the country but given that traffic is a way of life here, what would make our commute less stressful?

Electric, driverless cars maybe? It’s likely that during the 2020’s self driving, electric cars will become commonplace. Earlier this year Ford announced a $1bn investment in Argo AI, an artificial intelligence company which will provide the software needed for a new generation of self-driving cars. Testing of the new technology is taking place all over the world. Recently a Nissan Leaf driverless car was tested on London roads.

These cars divide opinion but have tremendous benefits. Road accidents could be virtually eliminated, car parks may become history, out of town pubs may make a comeback (robots don’t drink drive), ugly road signs could disappear, time lost in traffic jams would be eliminated. I for one look forward to the day I can put my feet up and relax as my car navigates its way through town!

But there are downsides too. Hacking is on the up and the recent NHS problems due to cyber crime shows what a nuisance that can be. Accidents would still occur in the early days too as software bugs are ironed out.

All major manufacturers now accept that electric vehicles are the future. Tony Seba, an economist at Stanford University predicts that the end is nigh for the traditional combustion engine. He predicts petrol and diesel engines disappearing from the market within 8 years.

I think it will take twice as long as that but one thing is for sure, it’s a revolution that’s on its way whether we like it or not.

I already have clients taking advantage of the significant tax benefits in having an electric vehicle as a company car. These are the pioneers. The people that have seen the future and want to embrace it now. If there is a tax benefit too, so much the better!